Theodore Bracht & Company emerged in Buenos Aires in 1867 as an exporter of meat, tallow and wool to its subsidiary in Antwerp, Belgium, adding investments in land and the exploitation of red quebracho (Schinopsis lorentzii ) for tannin at the end of the 19th century.

Since the First World War, the decline in tannin prices led the company to consider using land for cattle breeding. Thus, in January 1928, Estancias y Tierras del Pilagá S.A. emerged—a name which, while maintaining its essence, finally evolved simply to Pilagá. The first lands to be exploited had been received as payment for a debt that the National Government had with the company and were located in the then National Territory of Formosa, and were.

Pilagá cattle farms were located in the subtropical region of Argentina, a region populated with agricultural holdings, featuring an alternation of forests and woodlands with grazing fields. After over a decade of work and investment in Formosa, the company knew it was time to head south, where they would not only find more favorable markets but also obtain better grounds for fattening. By the late 1960s, the company was managing more than 200,000 hectares, its 75,000 heads of cattle were already emblematic, and 20,000 calves were produced at the cattle farms every year. 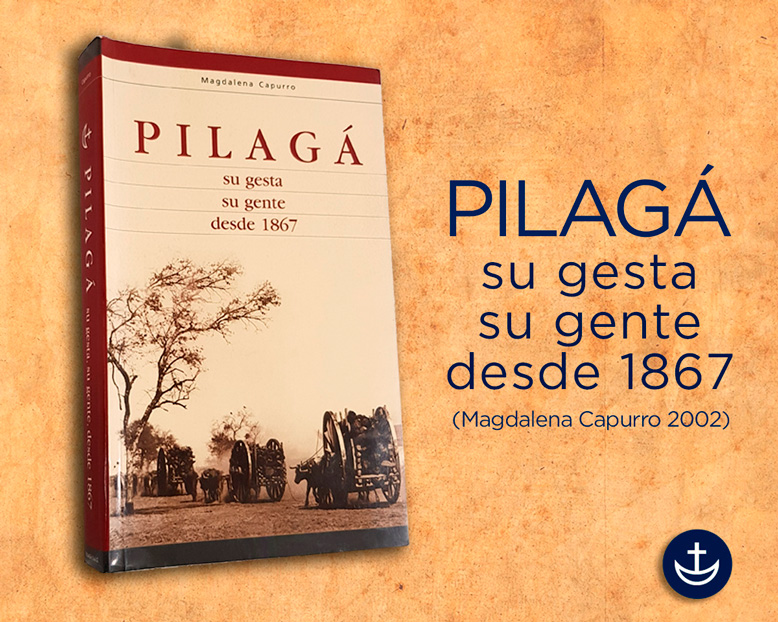 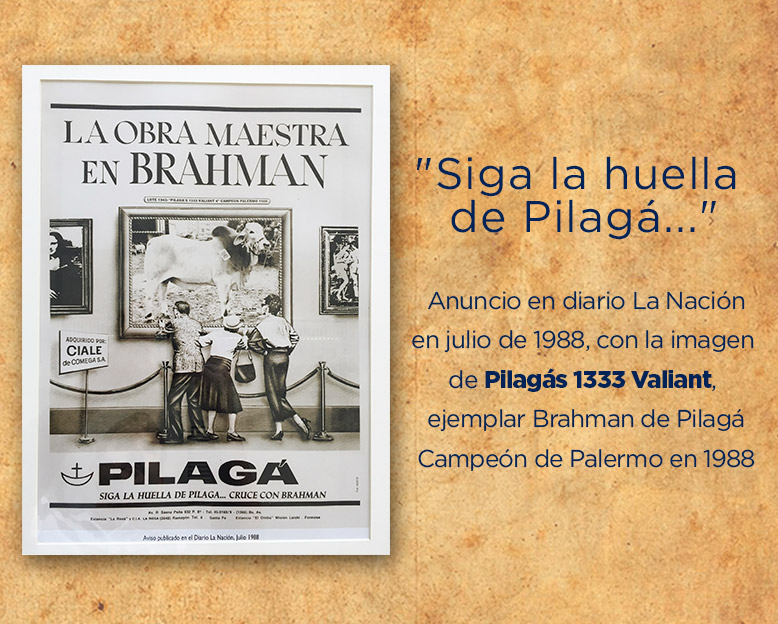 Pilagá will henceforth be the permanent leader in the whole region in terms of its advanced mentality, its management capacity and its unmatched emphasis on training people.

In 1964, taking leverage of their knowledge and leadership on zebu cattle at the national level, the company founded its first semen freezing center, opening a new dimension for the livestock business. Cabaña Pilagá was already a reality at that time, showing the high quality of its Brahman breeding herd and then of the Hereford and Braford herds at cattle expositions and auctions in Argentina, Paraguay and Brazil. By the early 1980s, Pilagá was already a leader in crossbreeding with zebu, and drawing on many years of meticulous recording we became a regional leader.

Thus, throughout our history, the “boat brand”—which was originally an ownership sign branded onto animals’ skin— came to represent a sense of pride in belonging, a firmly established identity, and a wealth of beliefs and values repeated and nurtured over the years. In this history, there is an undeniable consistency resulting from long-term employee engagement and continuity between generations. All of our employees are persuaded of the advantages of belonging to a benchmark company in the sector, which is regarded as progressive and innovative.

Pilagá began breeding Braford more than 50 years ago through
the criss cross system of the Brahman and Polled Hereford breeds.

In 2014, AGROLAM S.A. acquired Cabaña Pilagá from the Brazilian group Marfrig, including its genetic nucleus and breeding herds in the traditional “Rincón de Yeguas” and “San Martín” cattle farms located in Mercedes, Corrientes.
Since then, Pilagá has achieved important accomplishments and distinctions, not only due to the quality of its genetics in the most relevant competitions of Braford and Brangus breeds, but also because of its management's excellence, innovation and track record —among which we highlight 6 consecutive Braford Merit Awards received between 2014 and 2018, the distinction “Experience in Cattle Farming” granted in the context of the Clarín Rural 2017 Testimonio Awards, and the distinction “Best Cattle Producer” in the context of the 2020 La Nación - Banco Galicia Awards for Agricultural Excellence.
AGROLAM S.A. is an Argentinean family company from Córdoba, devoted to agricultural, cattle and real estate business development in different areas of the country. With a strong large-scale businesses profile, this family-owned and managed company has been developing businesses mainly in the agricultural production and land rental sectors.
AGROLAM S.A. believes that soundness in both business and decision-making is the key to take advantage of business opportunities. It claims that work and effort are the foundations of growth and, therefore, seeks to achieve the highest standards of quality and efficiency in each of its ventures.